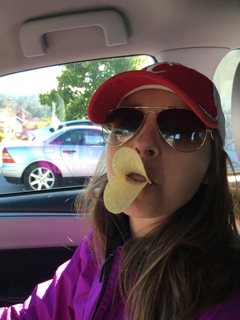 Meet Emily Schweppe. Former kindergarten, turned first grade teacher.  In fact, Ms. Schweppe took my job, when I became our Reading Specialist and I couldn’t think of anyone better to replace me. I seriously love this girl. She’s hilarious, she lets me teach her firsties, so I can get my fix, and she has the cutest darn call and response ideas.


Last year while modeling morning meeting for her, I might have completely rearranged every bulletin board in her room in a matter of a few minutes and she was totally cool with it.  She’s so eager to learn new things, but the best part about hanging with her is that I learn too. I love hearing the ways she gets her kiddos attention and how they respond so eagerly.


Emily and I both believe in introducing calls throughout the year but having a core few in the beginning. We also both recommend practicing, practicing, and practicing some more, when they are first introduced. It’s funny because we both practice with our kids in the same way. We encourage kids to pretend like they are talking and working. It’s quite comical to see these little first grade actors.  Emily said, “When we do the calls “for real” I always wait until EVERYONE is doing what they’re supposed to be doing. It takes a lot of time in the beginning but it’s worth it. “ 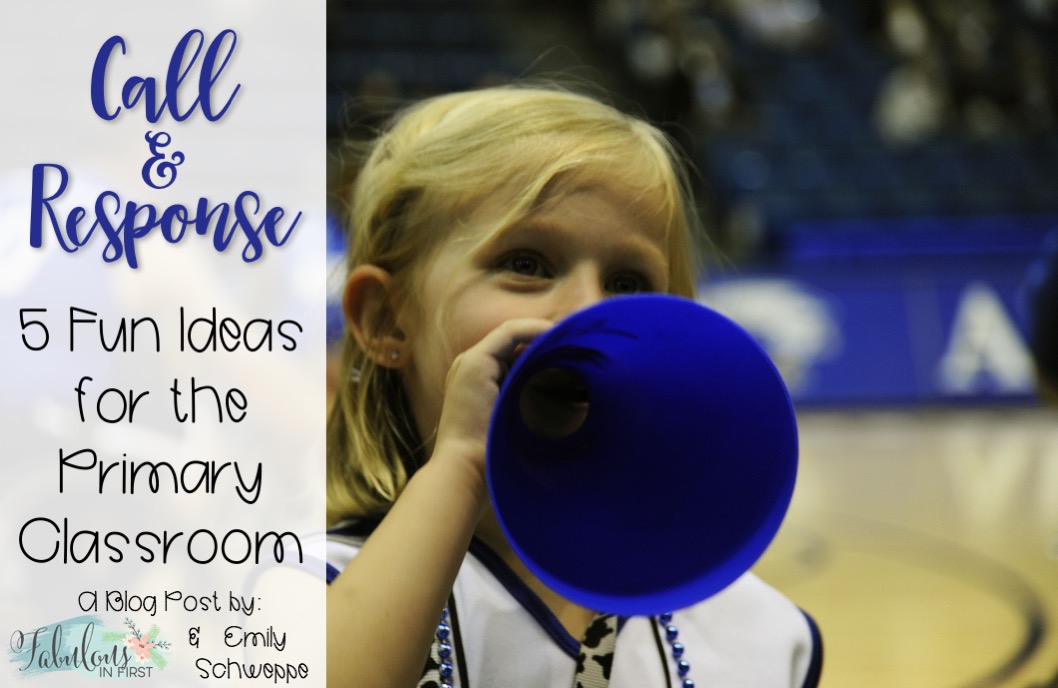 1. Crew!?
I say, “Crew!?” “Aye, Aye Captain”  a couple years ago we extended it. At the beginning of the year I tell the kids to pretend like we’re on a Pirate Ship (I’m going to use a Pirate Hat this year, make it more interesting), and I ask who they think the captain would be? I then tell them sometimes on board a ship, the captain has to call for his crew. I ask the children who they think the crew is? Sometimes, I’m going to need to get the attention of my whole crew, so WHENEVER I need their attention we’re going to do the same that pirates do. Now, if we’re on board a ship and the crew is carrying a big box, is he going to say “Hold on Captain, I’m busy?” No Joe! So that means, whatever you are doing, safely place down your materials and salute the captain with your right hand. You’re going to use “pirate talk” so instead of saying “Yes, Captain” you will say, “Aye, Aye Captain!”
Let’s practice!
Teacher: “Crew!?”
Students: (Immediately stop what you’re doing and salute the captain): “Aye, Aye Captain!”
(Make sure everyone pauses and is saluting you. My biggest thing is that no matter where they are at in the room, they must stand up and make eye contact with me. If they don’t I tell them we have to try it again…and again, and again 🙂 Once everyone has the salute down I move on to teach them that they CANNOT move until I give the next direction. If they move before I say “At Ease” then we try it again. )
Teacher: “At ease”
Students: “At ease”


It’s great because the kids love it and as the year goes on, I may forget to say “At ease!” and I will have 5 or 6 awesome direction followers who are still standing in their salute position and say, “Ms. Schweppe you didn’t say At ease!”


2. All clear!
Another call and response we do is the All Clear. I explain that I was talking to my uncle last night who is a pilot and he was having a hard time getting his crew to listen to something important. I ask the students, “do you think it’s very important to listen to the pilot when he has something to say?” They respond, “YES!”  So he told me that what pilots do is say, “All clear!” and everyone takes their hands off the steering wheel, the crew places down the drinks or food they’re handing out and they respond with their hands in the air, “All clear!” I will say what I need to say and when I’m finished I say, “back to biz.” They love saying that!


3. Tootsie Roll, Lollipop!
This is a fun one! I think a lot of people may have heard…but not Schweppe style!
Teacher: “Tootsie Roll, Lollipop”
Students: “We’ve been talking now we stop!”
Their direction for this call is the same as “All clear!” They must safely place down all of their materials and put their hands in the air.
Teacher: “Rootsie Toll…”
Students: “Back to the show!”


4. Problem solving
Last year, I think I used “problem solver” or “solve that problem” more times than I can even count. Obviously it’s more fun to sing something so this just popped in my head one day last year. When there’s a problem that I want everyone to see solved, or, even after a problem was solved and I want that student to share I will call this out. It’s a play on Vanilla Ice’s song “Ice, Ice, Baby.”
Teacher: “If there’s a problem…”
Students: “Yeah, we’ll solve it!”
Together: “Let’s watch and learn how 1st grade resolves it!”
***Before I teach this call, we discuss problem solving and what the word “resolve” means #vocabmoment


5. I.Y.A.
This isn’t a call out, but a song I made up – and I love it. I realized that one day, I really needed to teach students to sneeze or cough into their elbow.
I’ll make a big deal about this using a spray bottle and sneezing and showing them how the germs go everywhere when we don’t cover our mouths!!
I like acronyms so I first wrote the acronym and taught what that meant:
“I.Y.A.” – In Your Arm (even though it’s more like in your elbow, but IYA makes more sense 🙂 )
I had everyone practice 3 times, saying I.Y.A. each time they put their face in their inner elbow – first in the right, then in the left, and back to the right.
Then I taught them the call:
Teacher: “What ya gonna do when you cough or sneeze?”
Students: “IYA, IYA, IYA, PLEASE!”
Teacher: “Please don’t share those germs with me!”
Students: “IYA, IYA, IYA PLEASE!”


The best part is after they learn it the acronym turns into a verb: “Ms. Schweppe! Braxton just IYA’d!!”


I have to say, I hope you all get to teach with a “Schweppe.” I was looking through pictures and this popped up.

Today was “Workout Wednesday” at school which

Happy back to school week! This first week back to

While 2020 meant lots of cancelled plans and heart

7 years ago I designed these chair pockets because

Any cookies that may not be particularly necessary for the website to function and is used specifically to collect user personal data via analytics, ads, other embedded contents are termed as non-necessary cookies. It is mandatory to procure user consent prior to running these cookies on your website.