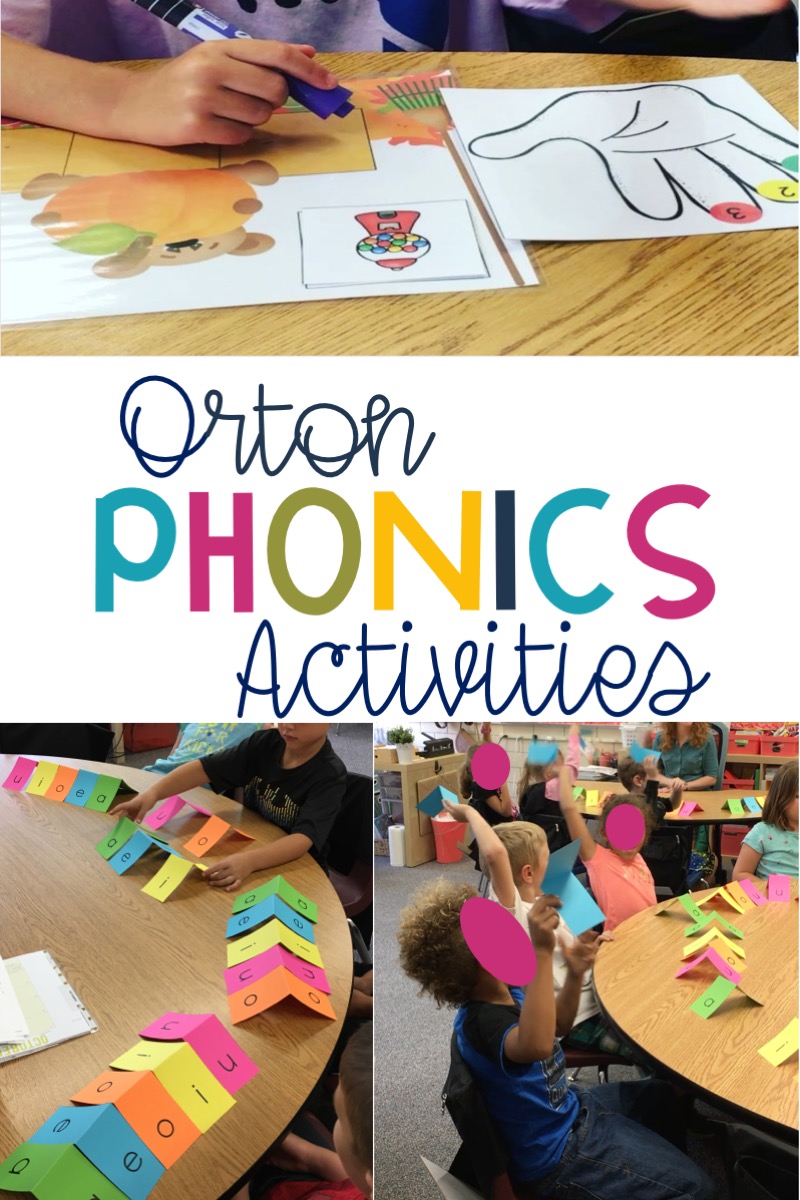 I recently posted some photos on Instagram of Orton Gillingham Phonics activities that I’ve been doing with my students. As a classroom teacher we’ve always used word families and reviewed vowel sounds in a million different ways. As the reading specialist, I’ve learned while our previous way works for probably 85% of our kids, the other 15% learn them for the moment. I’ve never really mastered the sounds or truly have an understanding for the way words work.  While Orton has often been used strictly for intervention purposes, The Institute for Multi-Sensory Education, where I was trained, has developed training for use of these activities in the whole class setting.  Our teachers are using many of the Orton methods in their classrooms. They are seeing success they haven’t seen in the past, even after just five weeks of school. 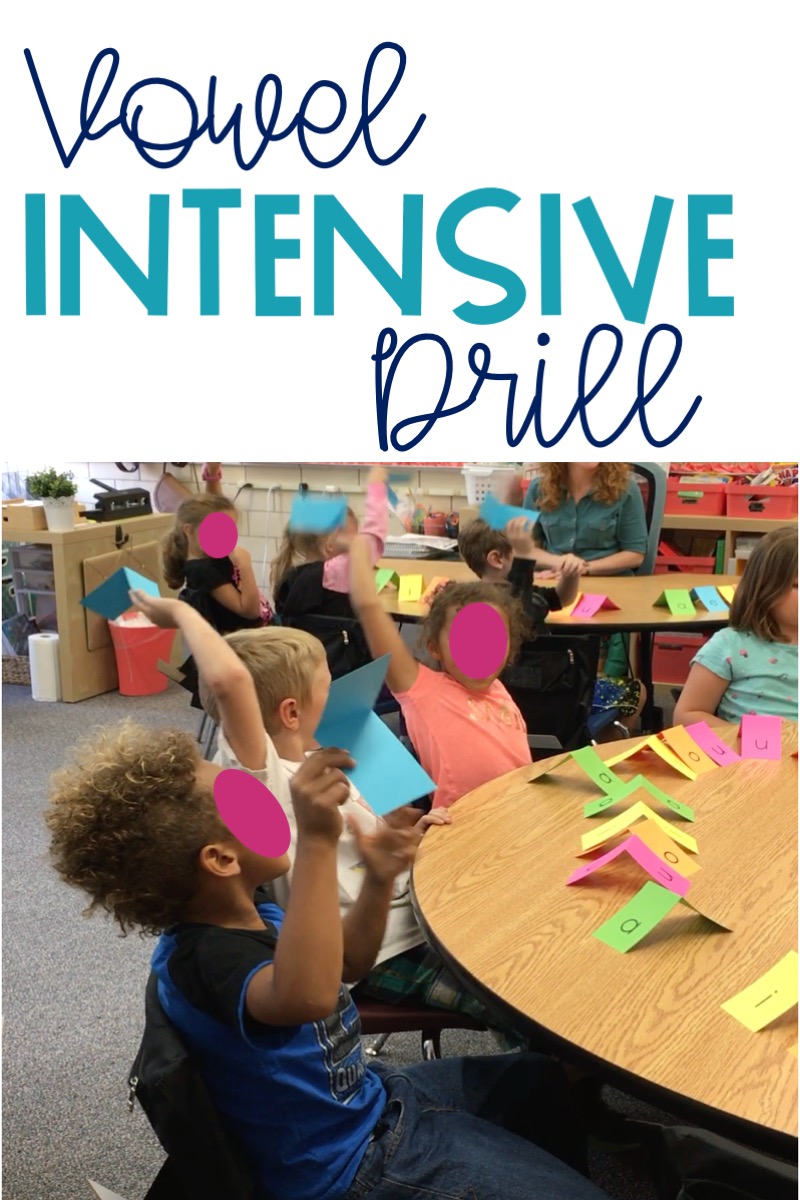 One of the most popular practices in Orton is a review of the phonics skills learned.  This is called the three part drill.  I haven’t had a chance to post on this drill, but I found a good post by The Teaching Critic. When you finish the three part drill, if your students need vowel review, they recommend doing the “Vowel Intensive Drill.”  I love this drill, because it’s simple, and tells you so much about your students’ knowledge of vowels.  To begin, each student needs vowel tents. I like to color code the tents so everyone has the same color a, the same e, the same i, etc.   The reason for having them the same color is you can easily scan the room. When they hold up their vowel you know whether or not they are understanding.  To start the drill, you can call out the following: 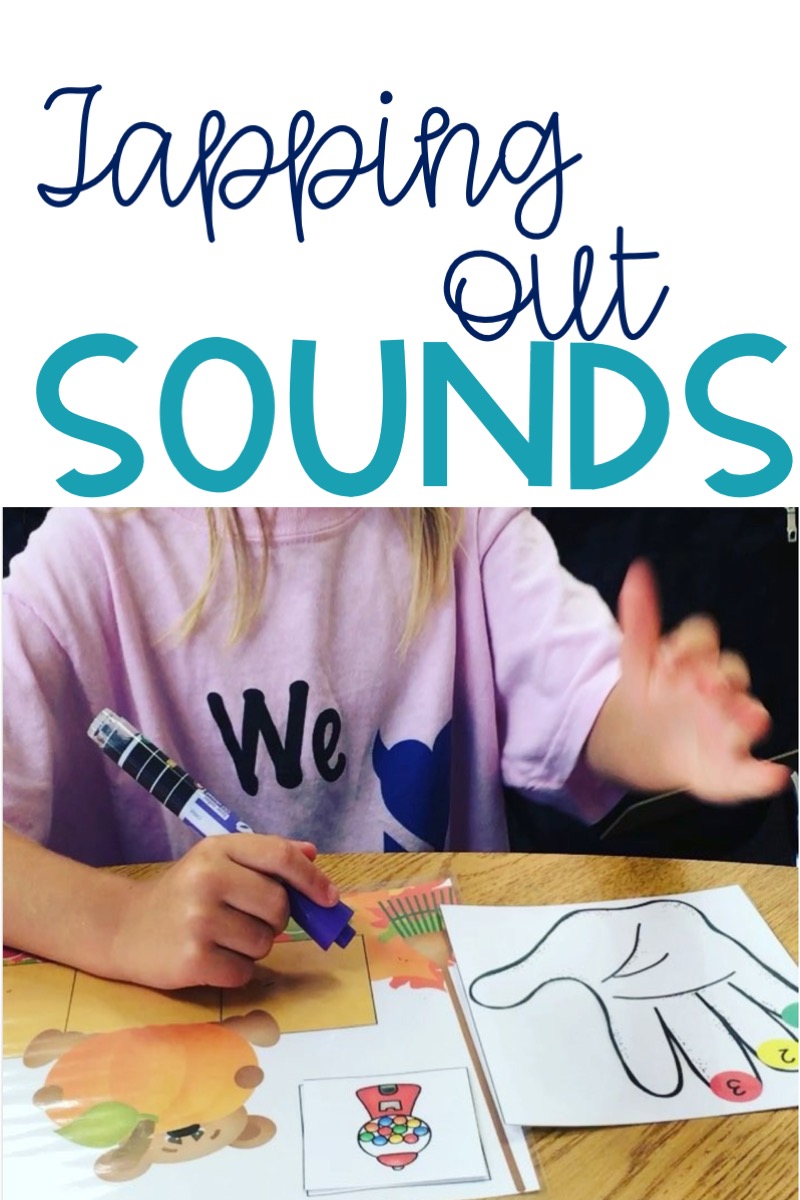 A video I posted the other day asks drew lots of questions.  Where did I get the hands, why is she tapping them before writing? When we teach our students to listen for sounds in words while spelling, we teach them to tap them out.  In Orton when writing sentences, students pound out sentences, as well as syllables, but they tap out each syllable to spell.  As you can see above, we are just practicing one syllable short vowel words.  The little girl above chose a picture card of gum.  She is right handed so she is given a left hand to tap out her sounds.  It’s very important that students use both sides of the body and brain.   If this had been a two syllable word like catnip, she would pound cat, then tap /c/ /a/ /t/ then pound nip and tap /n/ /i/ /p/.   After tapping out the sounds I had the kiddos use the boxes to write the sounds and then blend them after and check their word. 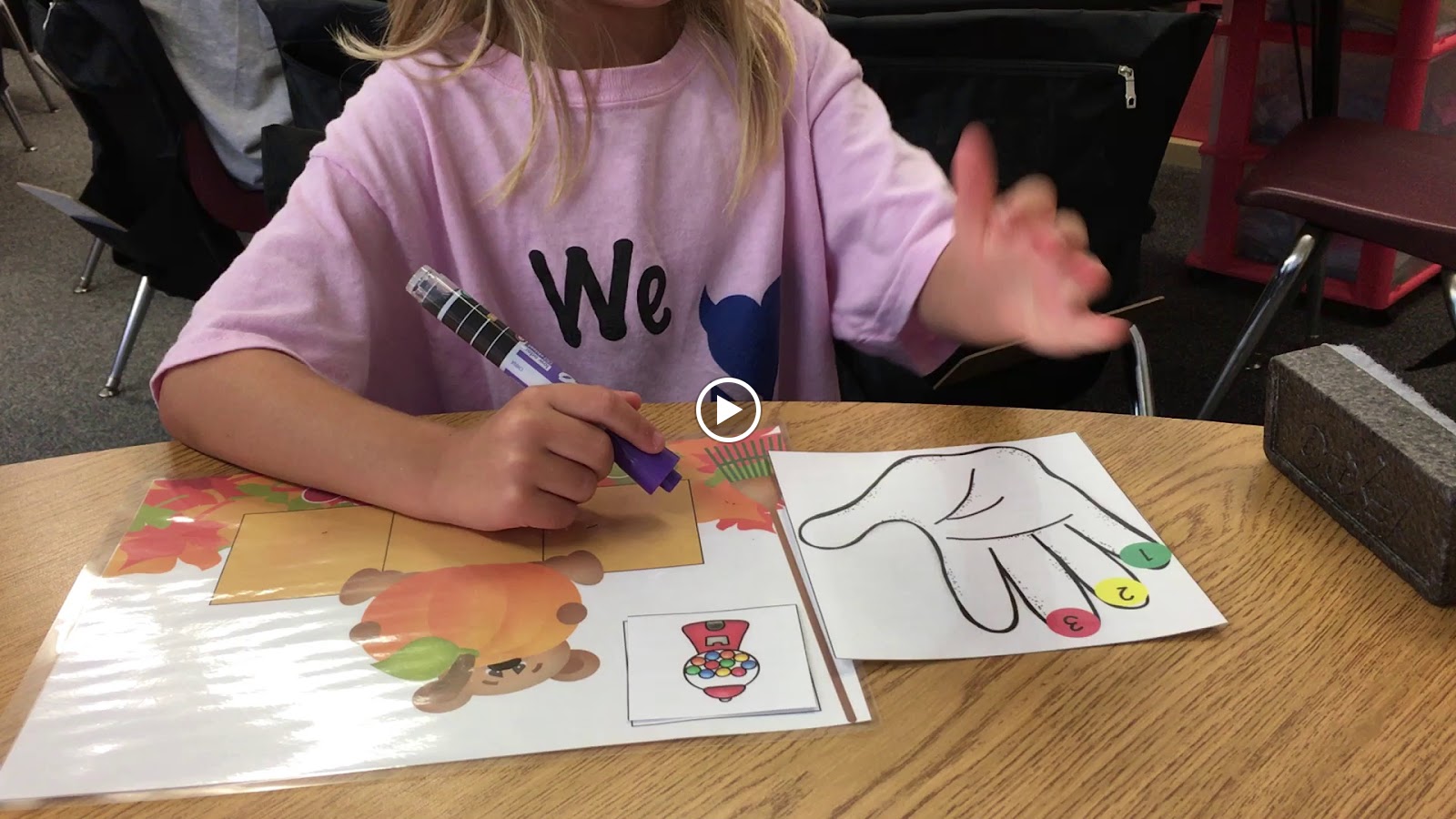 Other than school I probably haven’t put real pa

Happiest of Holidays from Gus and the rest of the

Anyone else feel like Gus with 2 more weeks until

Fall decor is finally out. This month has been cra

We have to make reading intervention fun, right?

My kids use my sound wall a ton! It’s such a gre

This website uses cookies to improve your experience while you navigate through the website. Out of these cookies, the cookies that are categorized as necessary are stored on your browser as they are essential for the working of basic functionalities of the website. We also use third-party cookies that help us analyze and understand how you use this website. These cookies will be stored in your browser only with your consent. You also have the option to opt-out of these cookies. But opting out of some of these cookies may have an effect on your browsing experience.
Necessary Always Enabled
Necessary cookies are absolutely essential for the website to function properly. This category only includes cookies that ensures basic functionalities and security features of the website. These cookies do not store any personal information.
Non-necessary
Any cookies that may not be particularly necessary for the website to function and is used specifically to collect user personal data via analytics, ads, other embedded contents are termed as non-necessary cookies. It is mandatory to procure user consent prior to running these cookies on your website.
SAVE & ACCEPT