Share on facebook
Share on twitter
Share on pinterest
Share on email
When I say I’m blessed to work with some of the best, that is an understatement. I work with some pretty amazing educators, our specials teachers included. Our art teacher at Hilltop is not only an art teacher but also an author for several books available on Amazon and clip art available on TpT.
His most recent endeavor was a book he wrote to be used in our classroom to promote reading.  This story is titled The Paperback Pirate and it was right up my alley because I’m all about pretending I’m in the Caribbean.  Yo Ho Ho, It’s a pirate’s life for me.  Plus I love being creative and in my new job that is hard sometimes, so I was happy to join a first grade class and make this so fun!
So first things first, we had to create a pirate ship complete with port holes so that our cute kiddos could look through.  We set the ship up in front of my door, so as they entered the ship they would be in my room (or on the ship). 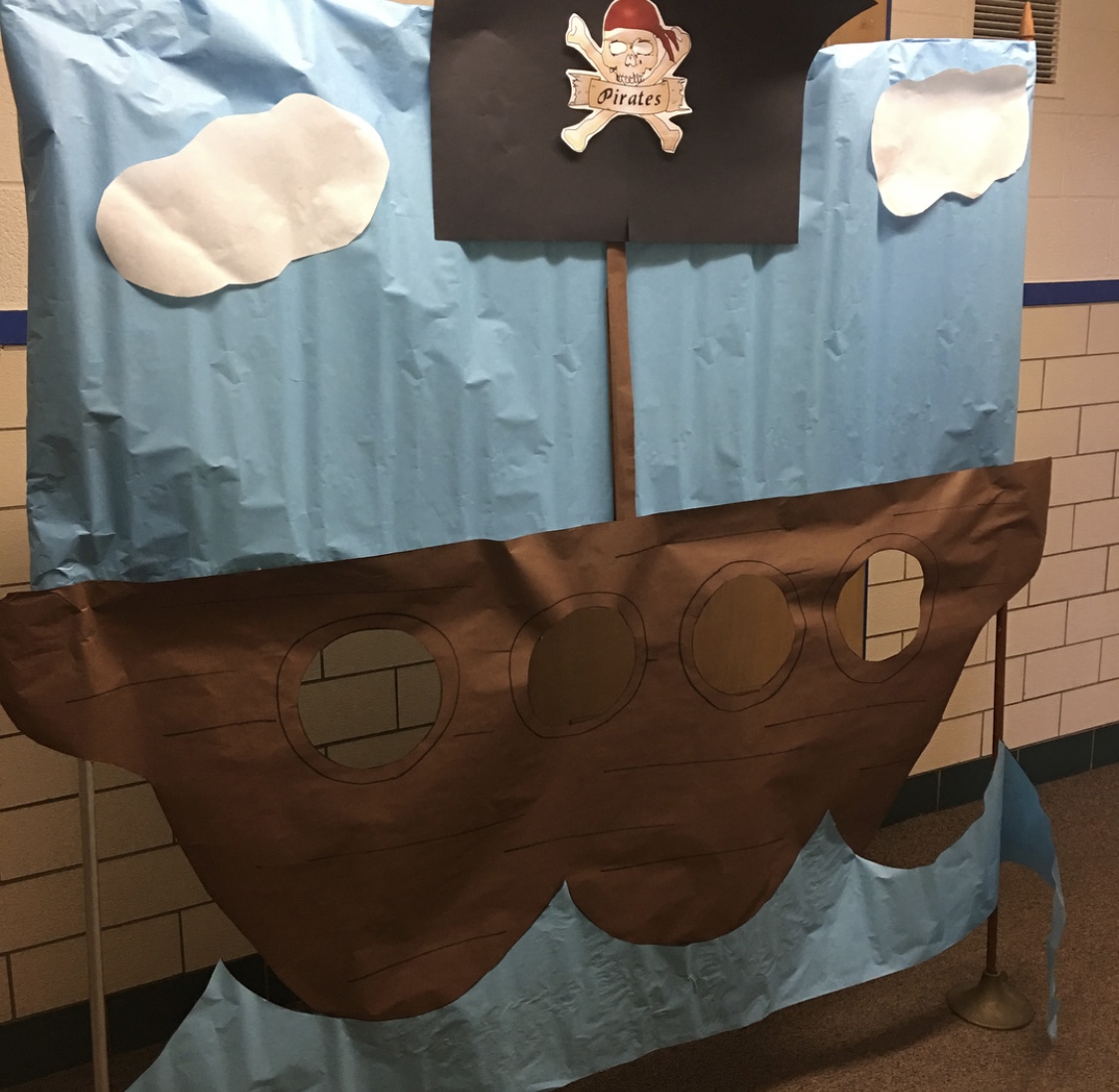 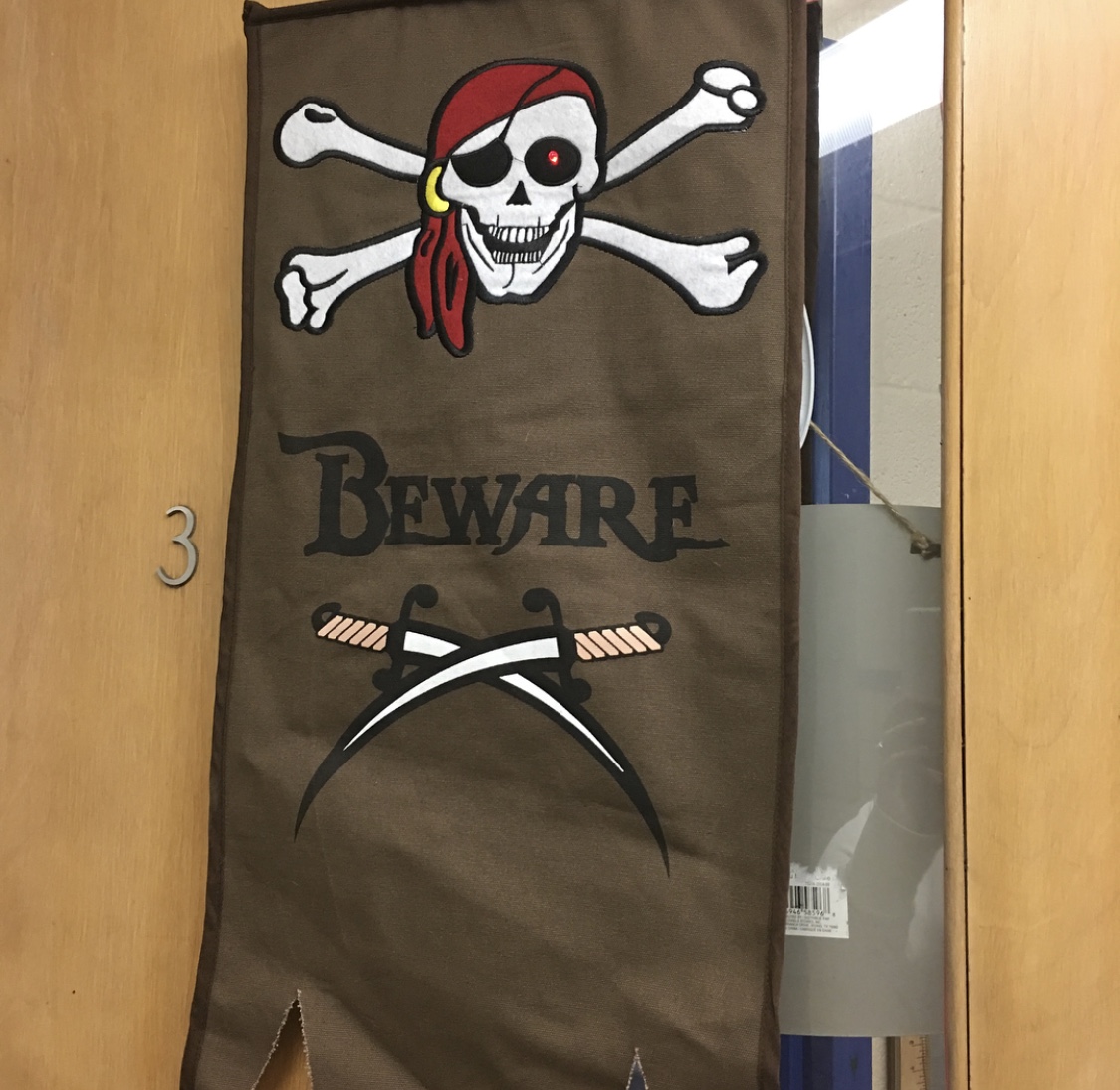 Now lets back up.   The first thing we did was read the story.  It’s a digital book, so we just projected up on the board.   Geoff also created mini printable versions of the story for the students to follow along. 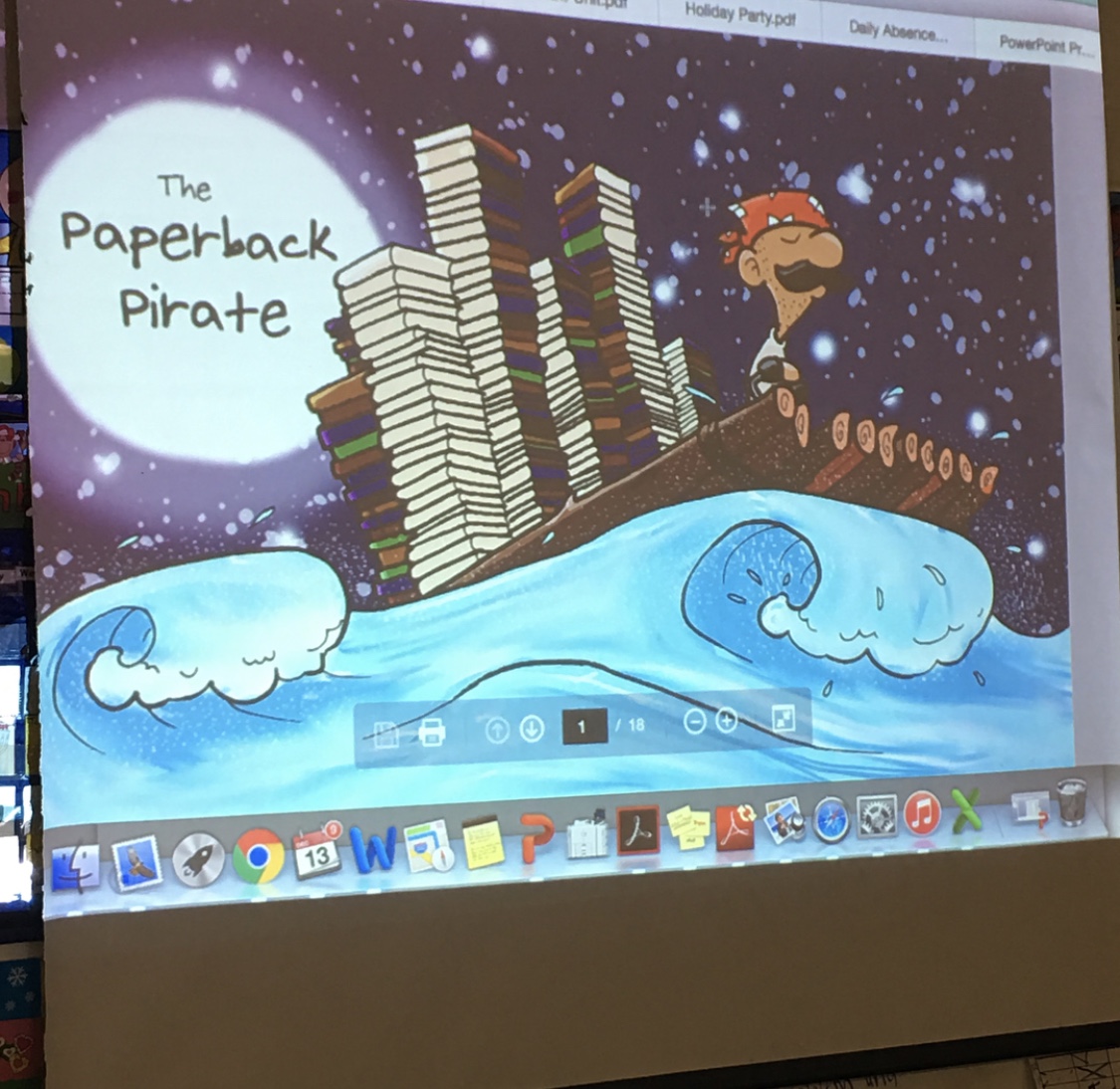 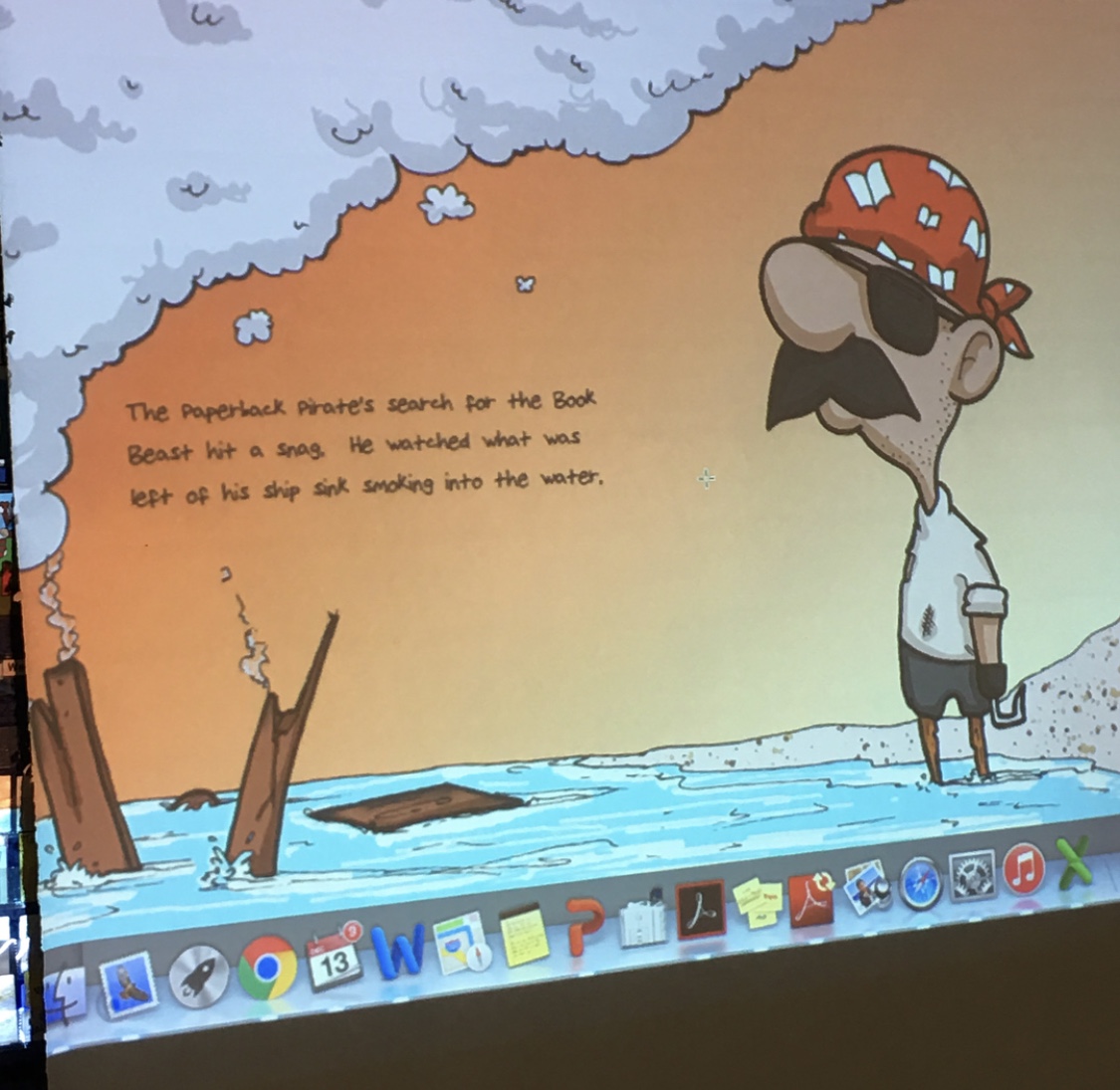 Next a pirate’s scroll mysteriously appeared telling the students that were to go on a hunt for their treasure.  As they rounded the corner on their search for the Paperback Pirate’s treasure, they ran right into the ship and Pirate himself. 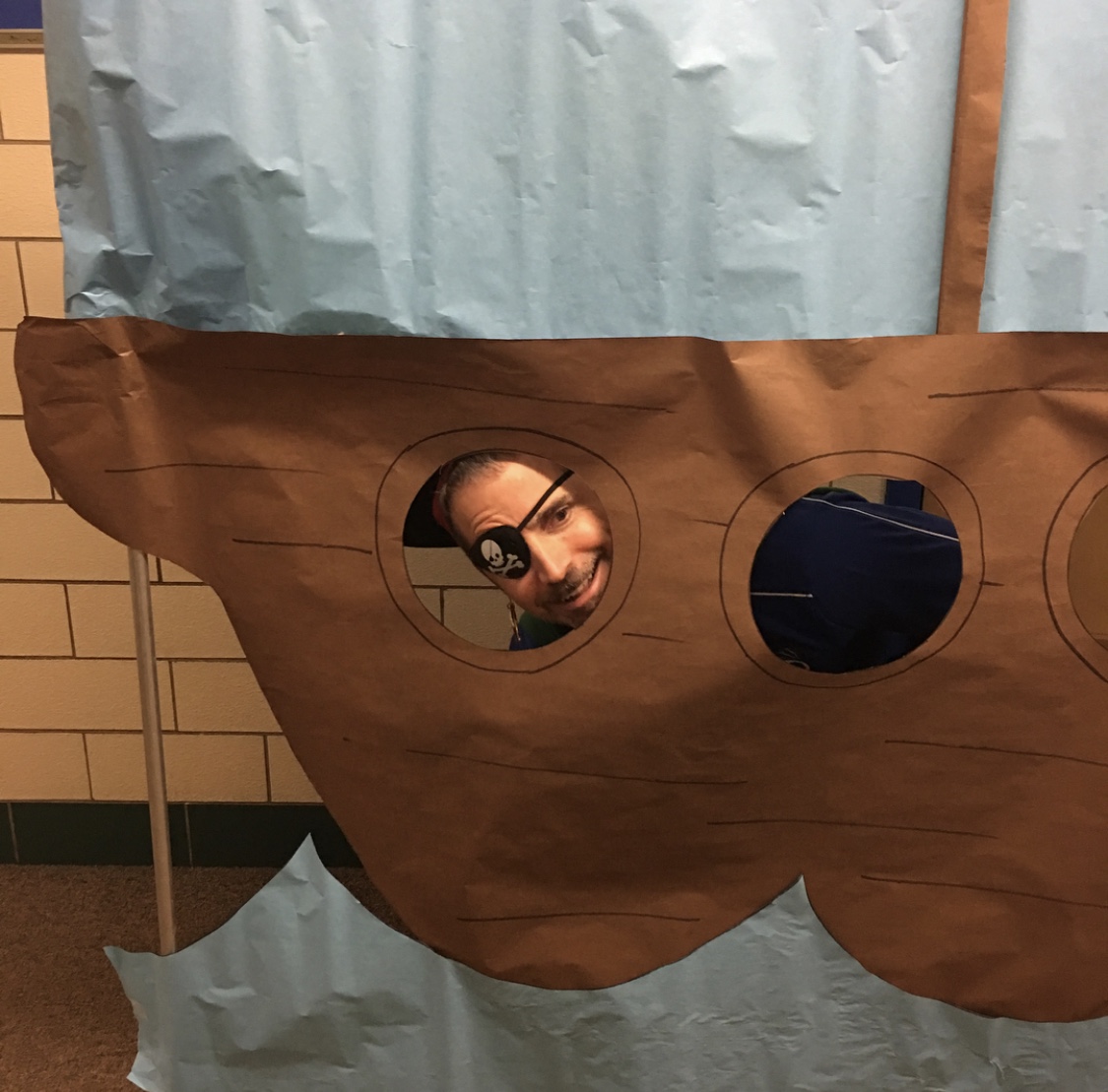 The Paperback Pirate let the kids know they would need to let him know the secret message before entering his ship, so they were off to unscramble.   We added this in, so students could practice their knowledge of sentence structure, their phonics and reading.  As soon as they could unscramble the message, they were to run back to the pirate and whisper it into his ear in order to board the ship. 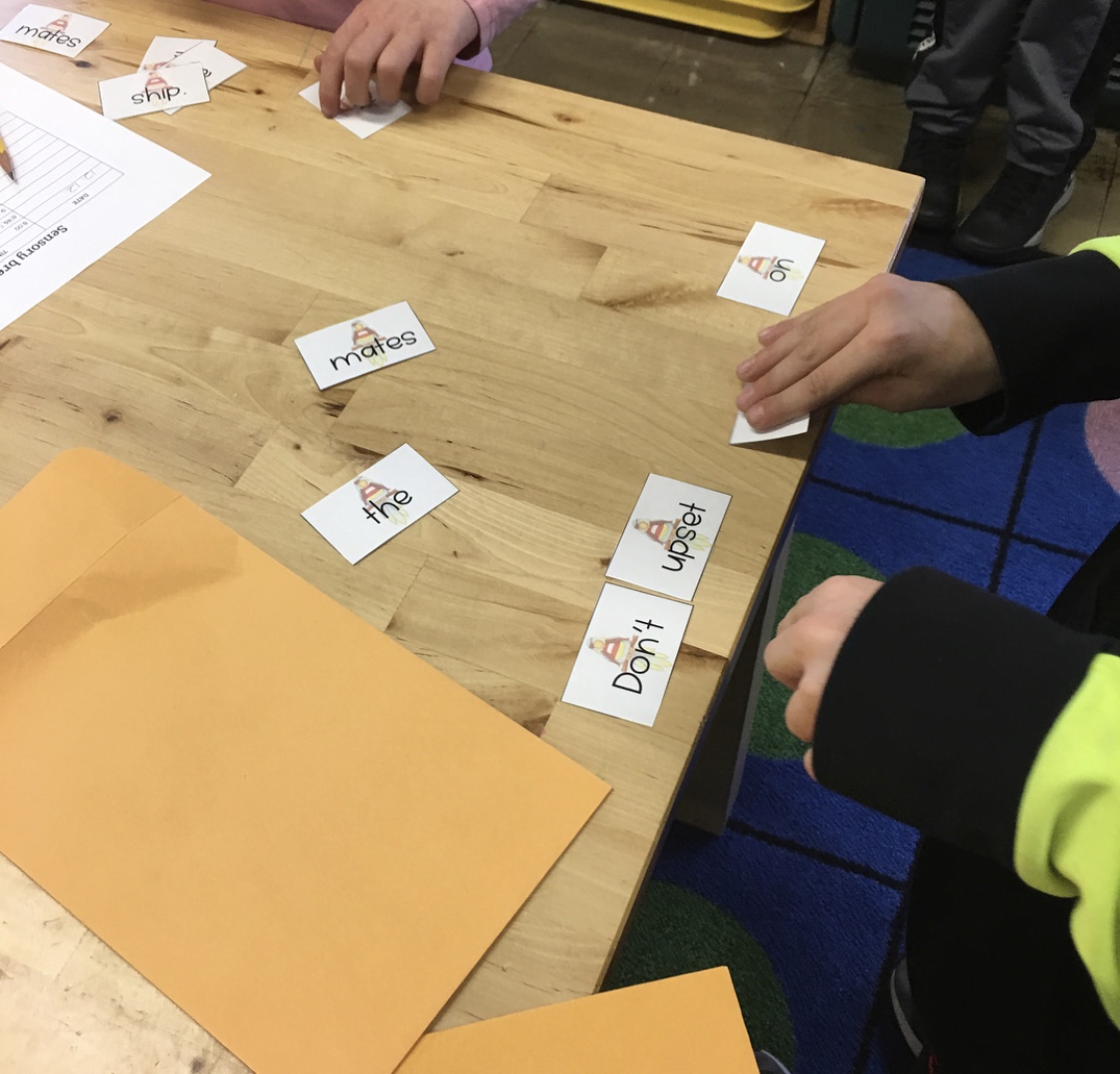 Here is the first little matey, reciting the message. 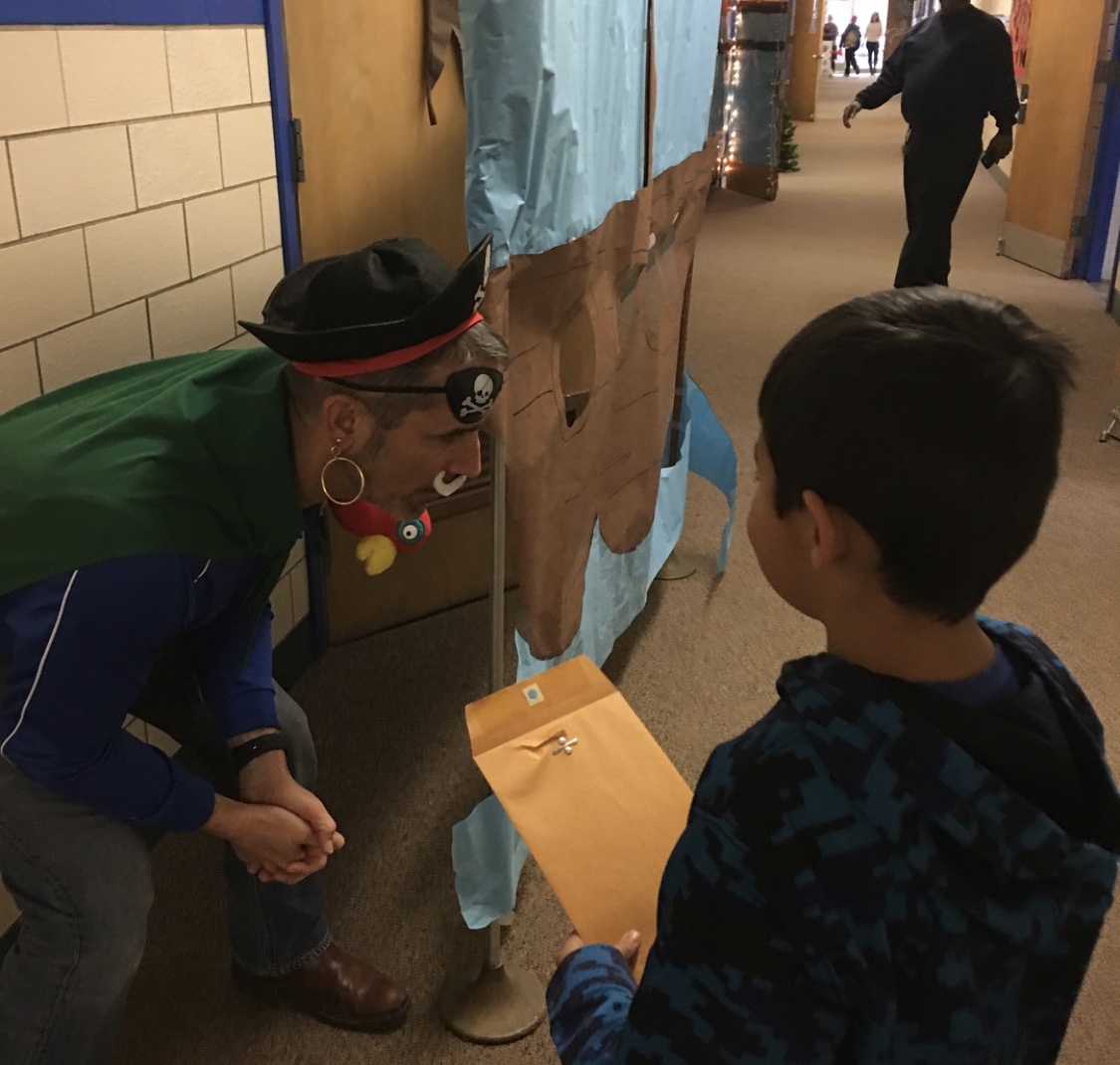 Once all students had boarded the ship the Pirate told them his treasure was hidden around the room.  They would be able to identify the treasure because they would see Paperback Pirate bookmarks with each piece of treasure.  The students began their search.  Our art teacher gifted each classroom with 6 new paperback books for the classroom libraries.  He drew cute bookmarks that matched the story and those were in each book.  Below you can see a lucky matey who found some treasure. 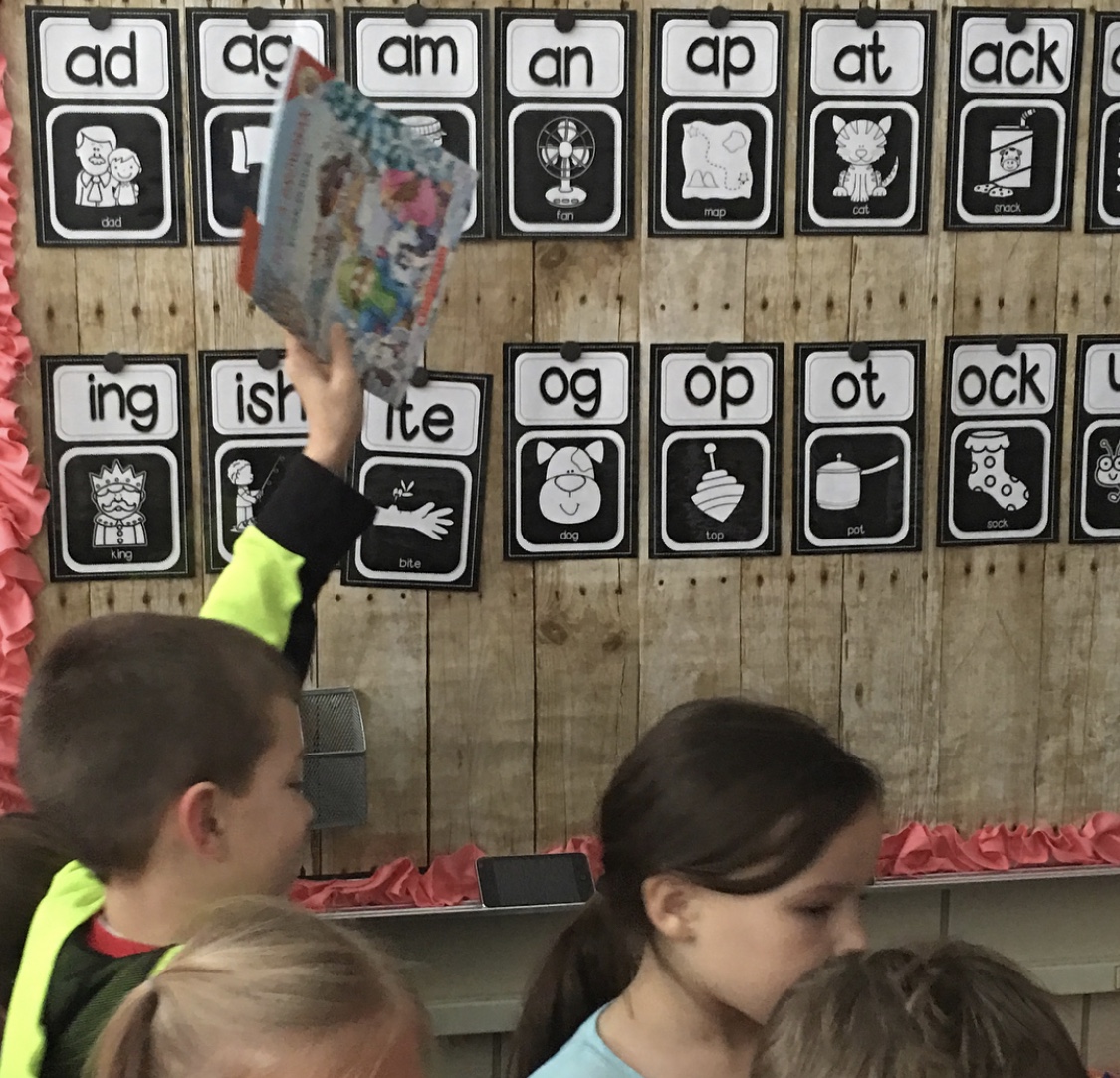 The students were to rush the treasure back to the treasure chest.  Once all books were found, the pirate let the kids know that they would be able to keep the treasure and add it to their classroom libraries.
It was such a fun activity and great was to promote reading.
If you would like to grab this adorable activity, just click any of the images below. 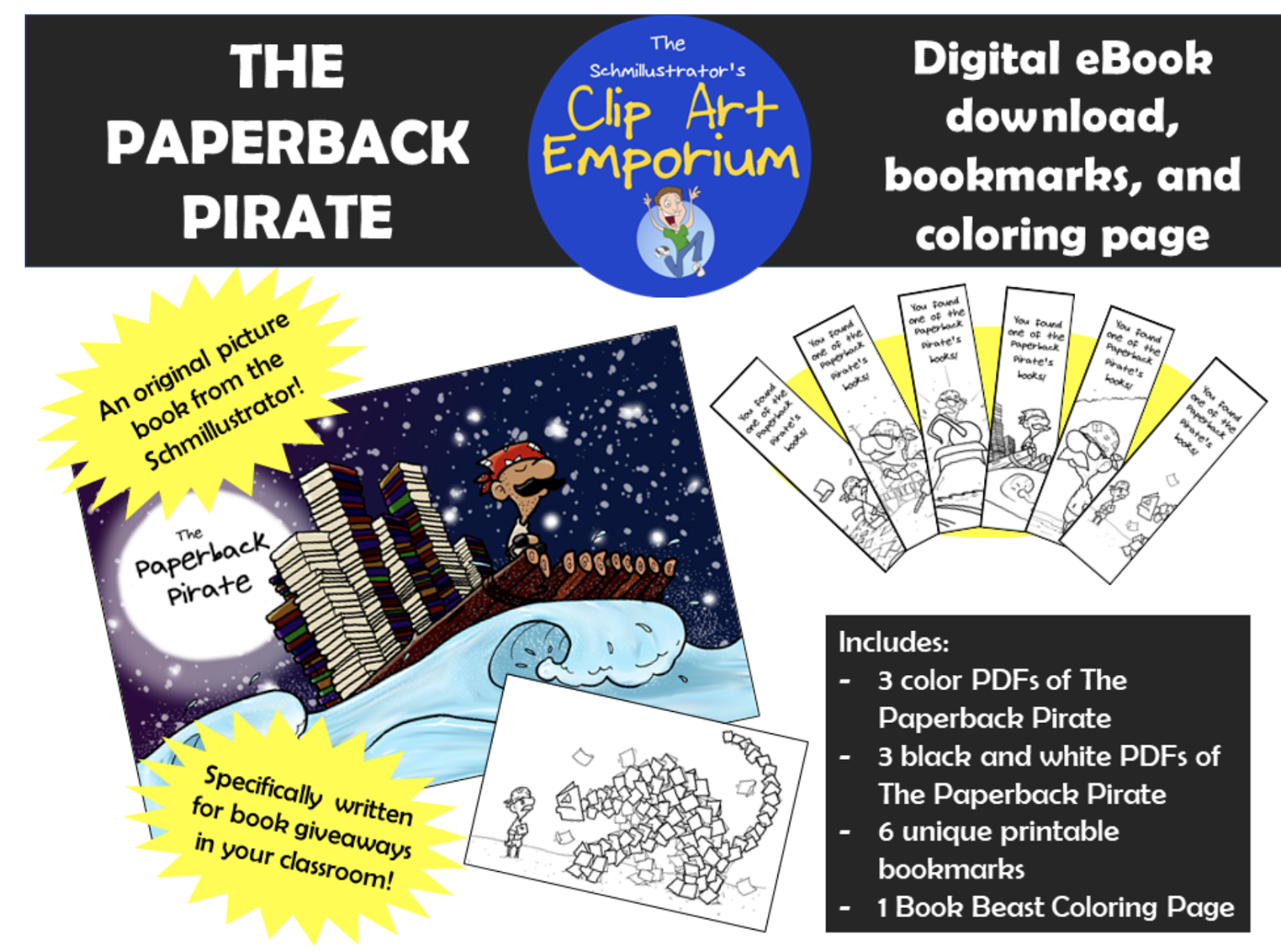 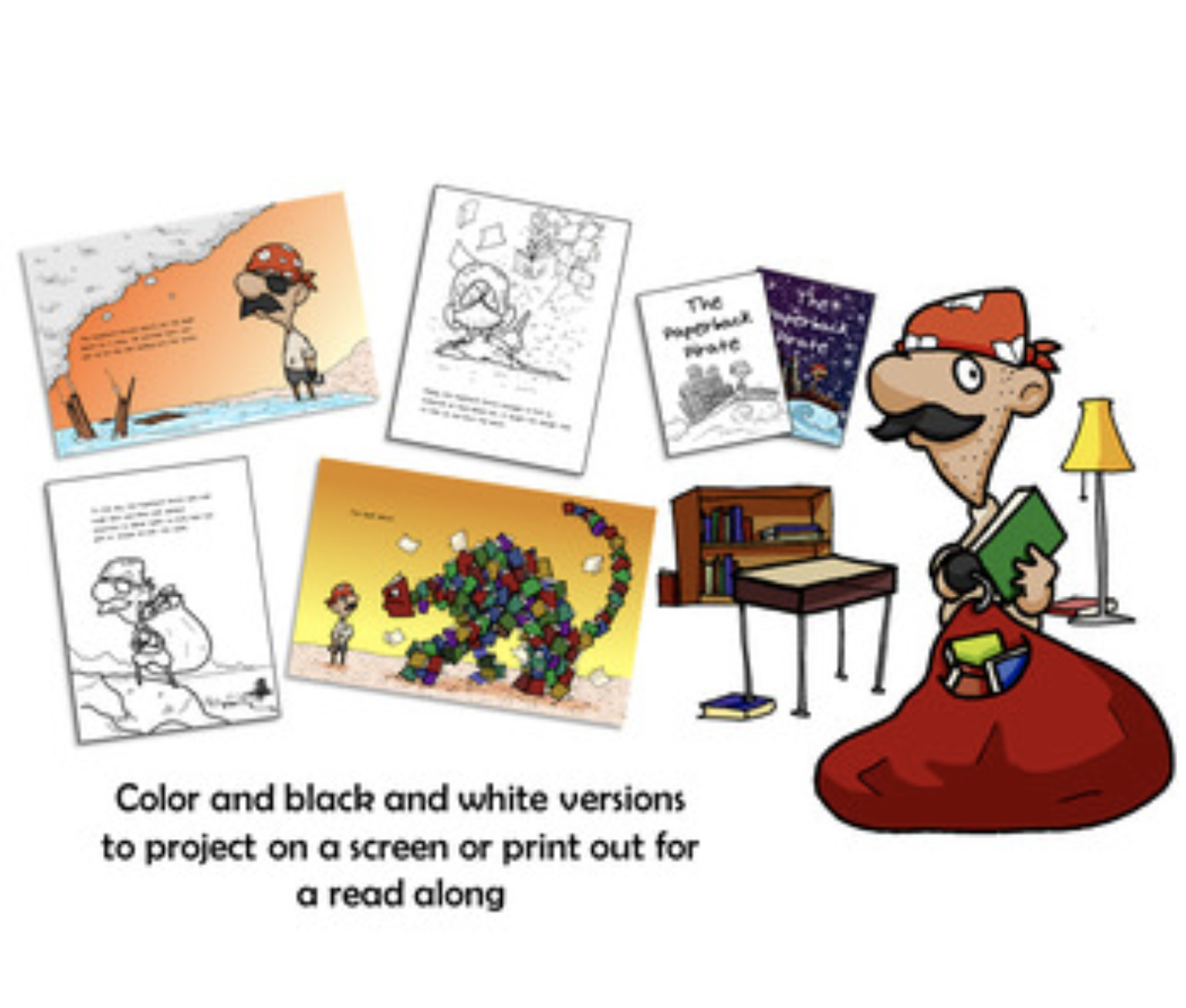 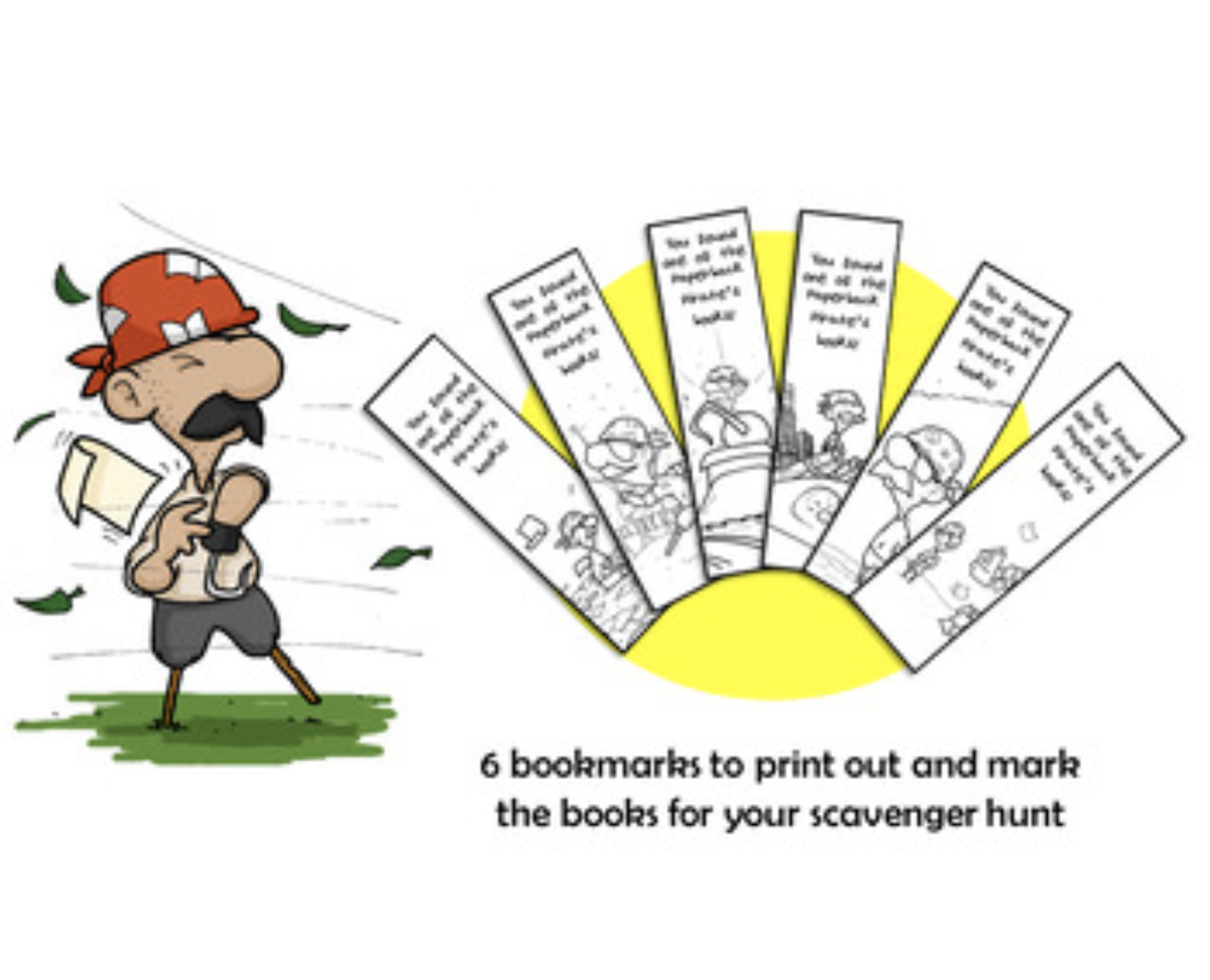 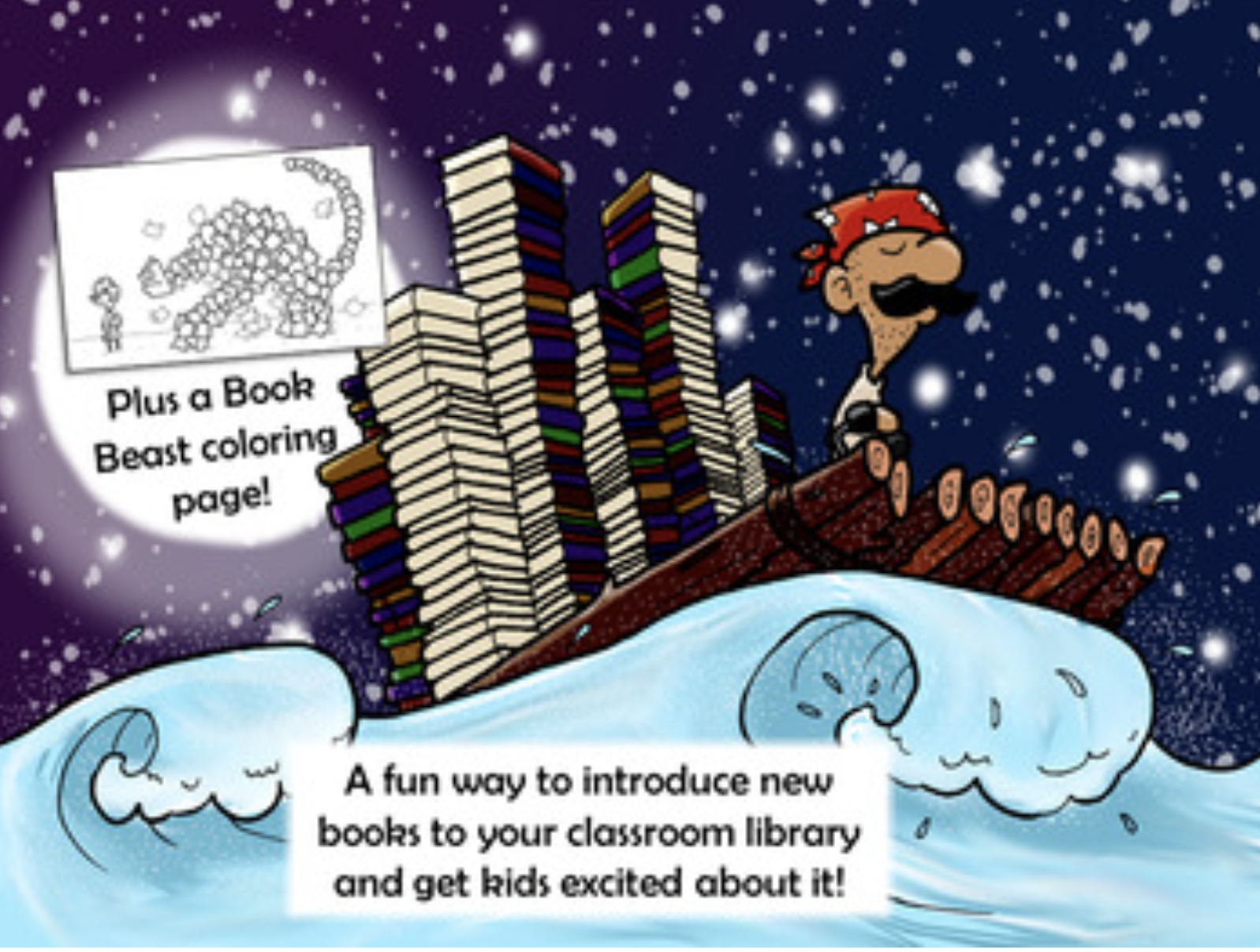 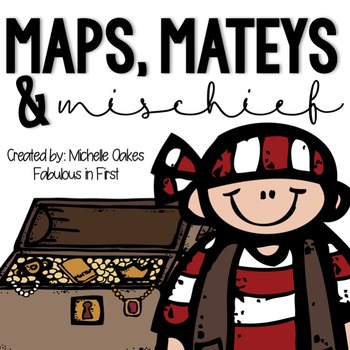 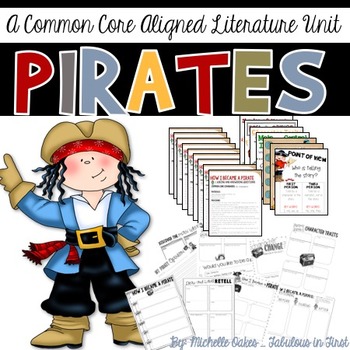 I was looking through pictures and this popped up.

Today was “Workout Wednesday” at school which

Happy back to school week! This first week back to

While 2020 meant lots of cancelled plans and heart

7 years ago I designed these chair pockets because

This error message is only visible to WordPress admins
There has been a problem with your Instagram Feed.

Any cookies that may not be particularly necessary for the website to function and is used specifically to collect user personal data via analytics, ads, other embedded contents are termed as non-necessary cookies. It is mandatory to procure user consent prior to running these cookies on your website.